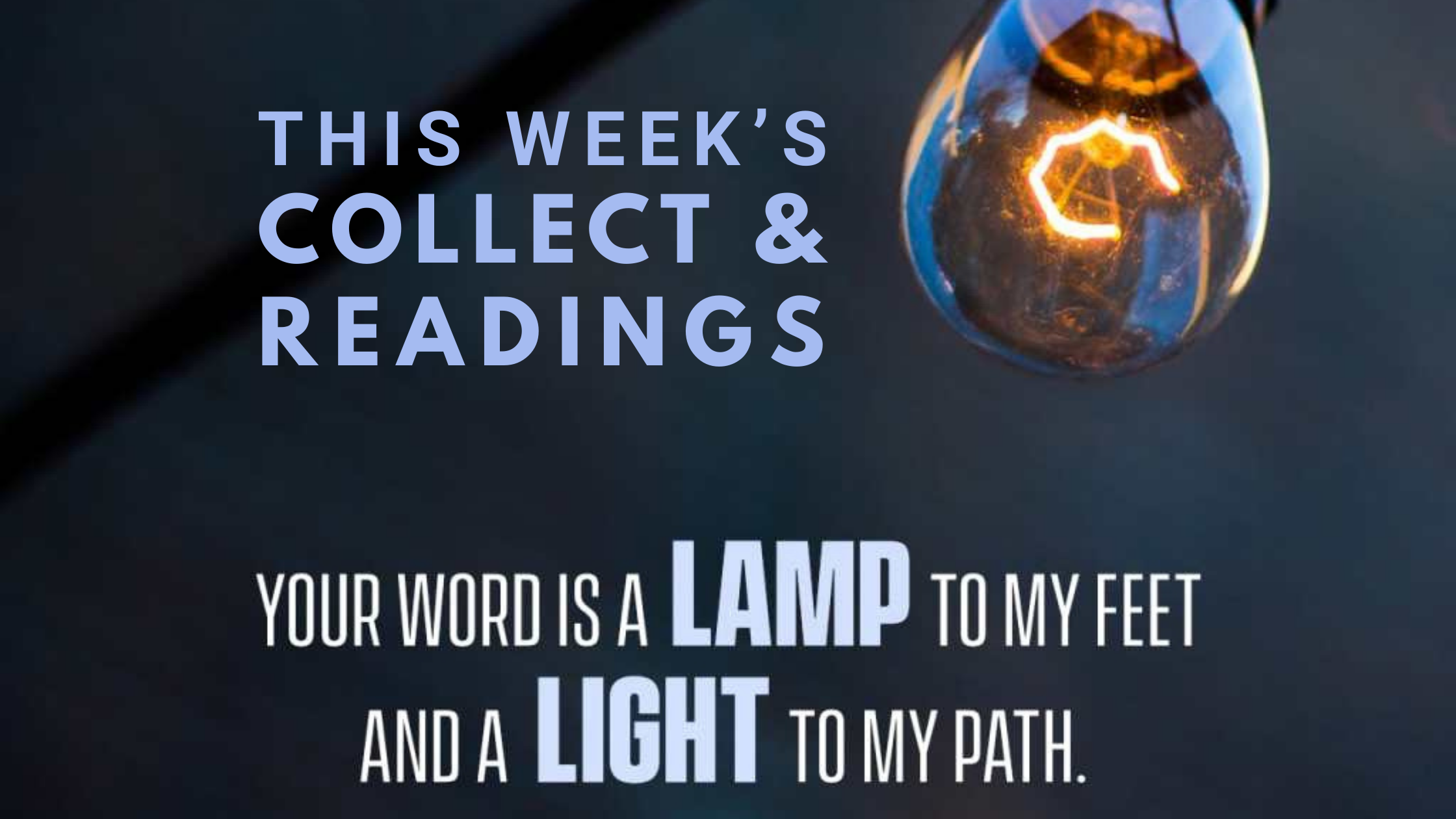 The Readings, Collect (the prayer for the day) and Post Communion Prayer for this Sunday.

Almighty God,
whose only Son has opened for us
a new and living way into your presence:
give us pure hearts and steadfast wills
to worship you in spirit and in truth;
through Jesus Christ your Son our Lord,
who is alive and reigns with you,
in the unity of the Holy Spirit,
one God, now and for ever. Amen.

One person considers one day more sacred than another; another considers every day alike. Each of them should be fully convinced in their own mind. Whoever regards one day as special does so to the Lord. Whoever eats meat does so to the Lord, for they give thanks to God; and whoever abstains does so to the Lord and gives thanks to God. For none of us lives for ourselves alone, and none of us dies for ourselves alone. If we live, we live for the Lord; and if we die, we die for the Lord. So, whether we live or die, we belong to the Lord. For this very reason, Christ died and returned to life so that he might be the Lord of both the dead and the living.

You, then, why do you judge your brother or sister? Or why do you treat them with contempt? For we will all stand before God’s judgment seat. It is written:

“‘As surely as I live,’ says the Lord,
‘every knee will bow before me;
every tongue will acknowledge God.’”

So then, each of us will give an account of ourselves to God.

This is the Word of the Lord
Thanks be to God.

Then Peter came to Jesus and asked, ‘Lord, how many times shall I forgive my brother or sister who sins against me? Up to seven times?’

Jesus answered, ‘I tell you, not seven times, but seventy-seven times.

‘Therefore, the kingdom of heaven is like a king who wanted to settle accounts with his servants. As he began the settlement, a man who owed him ten thousand bags of gold was brought to him. Since he was not able to pay, the master ordered that he and his wife and his children and all that he had be sold to repay the debt.

‘At this the servant fell on his knees before him. “Be patient with me,” he begged, “and I will pay back everything.” The servant’s master took pity on him, cancelled the debt and let him go.

‘But when that servant went out, he found one of his fellow servants who owed him a hundred silver coins. He grabbed him and began to choke him. “Pay back what you owe me!” he demanded.

‘His fellow servant fell to his knees and begged him, “Be patient with me, and I will pay it back.”

‘But he refused. Instead, he went off and had the man thrown into prison until he could pay the debt. When the other servants saw what had happened, they were outraged and went and told their master everything that had happened.

‘Then the master called the servant in. “You wicked servant,” he said, “I cancelled all that debt of yours because you begged me to. Shouldn’t you have had mercy on your fellow servant just as I had on you?” In anger his master handed him over to the jailers to be tortured, until he should pay back all he owed.

‘This is how my heavenly Father will treat each of you unless you forgive your brother or sister from your heart.’

This is the Gospel of the Lord
Praise to you O Christ.

Lord God, the source of truth and love,
keep us faithful to the apostles’ teaching and fellowship,
united in prayer and the breaking of bread,
and one in joy and simplicity of heart,
in Jesus Christ our Lord. Amen.